The first of the four “cards”, the Overview provides a visual summary of the club’s domestic trophy cabinet, as well as key details on the location and stadium as well as the number of members and Facebook likes. 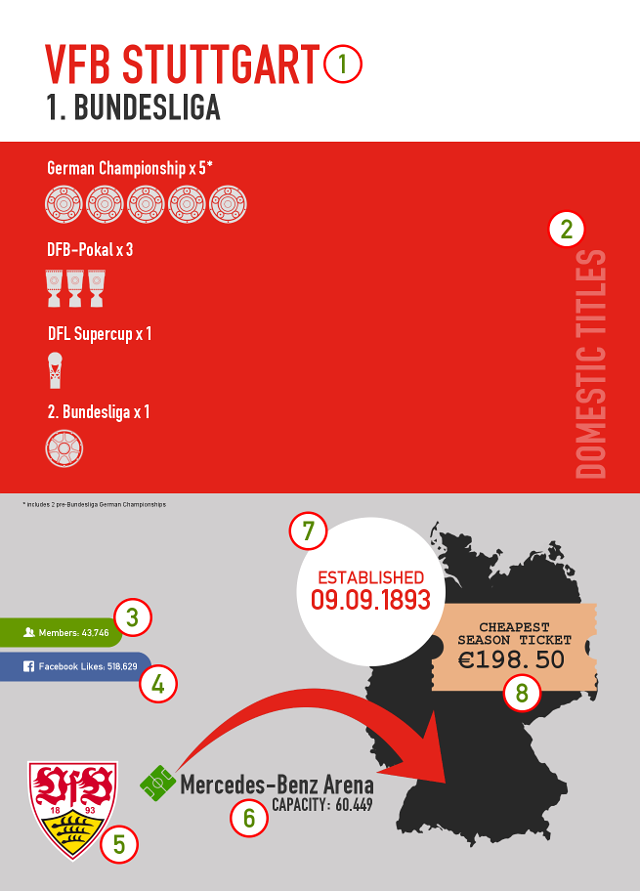 2. Domestic Titles. Probably the easiest figures to find, but still in need of clarification. Even though the Bundesliga has only been in existence since 1963, the German championship started well before then. Nevertheless, to keep the design clean and consistent, the Bundesliga shield has been used to represent every German Championship won by every team. The same approach is used for the DFB-Pokal (reinstated in 1953 and previously known as the Tschammer-Pokal) and the DFL Supercup, which has had two incarnations. Source: transfermarkt.de

6. Stadium. The current name of the stadium at the end of the 2015/16 season. The stadium capacity can change regularly, and the numbers are correct as of 01.06.2016. Source: transfermarkt.de

7. Establishment. One of the few facts that never changes, the foundation date of every club. Source: transfermarkt.de